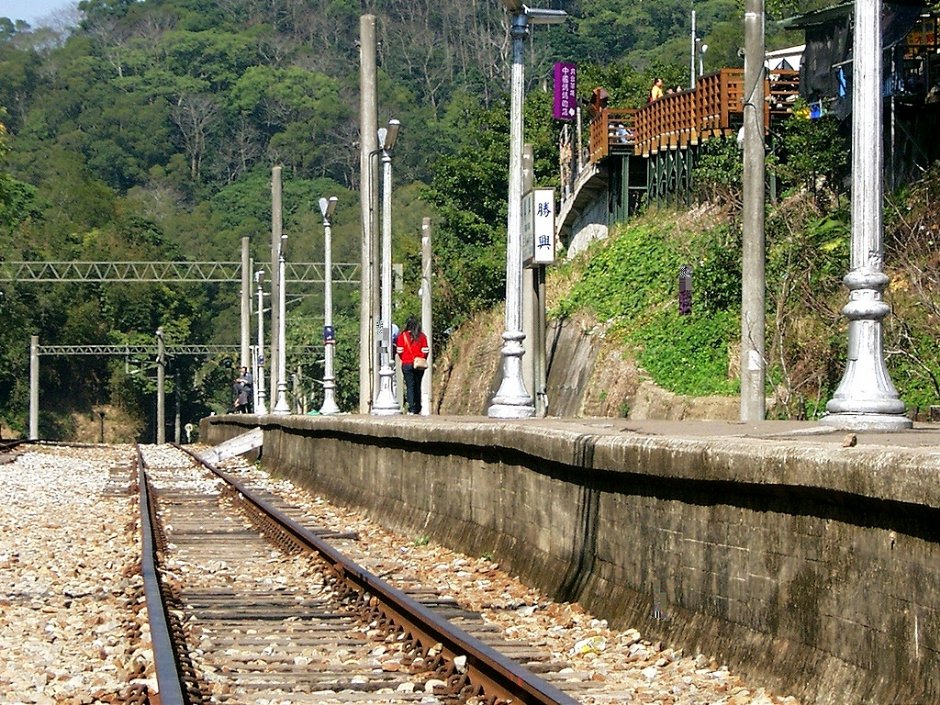 Completed in 1906, Shengxing Railway Station is built entirely of wood in Japanese style without a single nail on each beam. The train station was built according to feng shui with canine tooth style on the eaves. The railway was first used to carry only freight such as coal, fruit and groceries, but later it was used for public transportation.

Due to route change from the old trunkline: Jiushan Line to the New Jiushan Line, Shengxing Railway Station was closed on September 23, 1998. Shengxing Railway Station has been registered as a Miaoli historical site on April 16th, 1999. Although part of the building was damaged from the earthquake happened on September 21st, 1999, the train station remains the same structure, and many artifacts from the period of Japanese colonization can still be found, such as the old train signals that originally stood between Shengxing and Tai-an railway stations.